skip to main | skip to sidebar

The March To The Stars 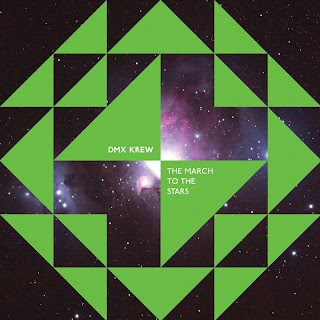 Podcast 17 in the area. Various kinds of soulful and groovy music, some of my all time faves in this one.

Big shouts to everyone who came to see me at Bloc Weekend. It was good fun as always to play there and great to meet the UR & Model 500 guys, sneak into Salt N Pepa's dressing room, dance hard to Matt Whitehead, Bass Junkie & Dexorcist, and chill out with various friends old and new.

The music poll reveals that you most want to hear Old School Electro, followed closely by Detroit Techno and New Wave/Synth Pop. Then clearly behind but popular were Rave, Chicago House, and Disco/Boogie.

Personally sad to see funk and soul so low down the list and amazed to see European & UK house & techno so far down as well - none of you like Aphex Twin? Luke Slater? Mike Dred? Baby Ford? Shiver?

I've decided to mostly ignore the results on the basis that if you give the people what they want when they want then their brains shrink. If you don't like funk then you just haven't heard enough James Brown records yet! Podcast 17 is almost ready and will contain lots of music you didn't vote for, but after that I'll play load of old electro for y'all.
Posted by FRESH UP RECORDS at 03:12 25 comments: